We are currently experiencing technical difficulties with our phone system, if you have difficulty contacting the branch please try 0151 319 0701 as an alternative contact, We apologize for any inconvenience caused.

Hello, my name is Paul and I am the Branch Manager for the Liverpool Airport branch. We have a large range of new hire vehicles that are perfect for families and business users all waiting to be collected from our branch. We also offer a shuttle bus service to and from John Lennon airport. Book direct with us today on our official website for the best price for Liverpool airport car hire.

How to find us when you arrive at Liverpool Airport

Arriving at Liverpool Airport by air, When you depart your flight, please collect your luggage and once outside arrivals please telephone 0151 515 3868. You can arrange to pick up from the free drop-off car park, or pay £3 for pick-up from the express car park, outside Arrivals.

Arriving at Liverpool Airport by train. Liverpool South Parkway is the closest rail station to Liverpool John Lennon Airport (LJLA) and is located approximately 2 miles from the airport itself. Transport is available between us and the rail station by bus or taxi.

Dropping off your car at Liverpool Airport, follow signs to the airport and you’ll find us situated off Speke Hall Avenue, off the A561 Speke Road.

Located in the North-West of England on the coast of the Irish Sea, Liverpool was one of Britain’s most important ports for hundreds of years and was key to Britain’s growth as a superpower in the 18th and 19th centuries – for better and for worse. During the early 20th century, Liverpool was a vital port and shipbuilding city during World Wars I and II and was heavily targeted by German forces during the ‘Liverpool Blitz’ in 1941. 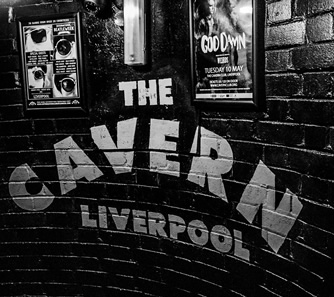 During the 1960s, Liverpool was suddenly thrust into the public eye as it became the ‘Music Capital of the World’ thanks to four mop-haired lads in sharp suits who wanted to you to please please them (whatever happened to them I wonder?). It wasn’t just the Beatles though that cemented Liverpool’s legacy as a cultural hotspot; you also had Cilla Black and Gerry and the Pacemakers before the 1980s wave of Frankie Goes to Hollywood, Echo and the Bunnymen, Orchestral Manoeuvres in the Dark and Dead or Alive.

Years of financial and political hardship saw the city deteriorate until a series of regenerative schemes in the late 1990s and early 200s restored Liverpool to its former glory, culminating in a run as European Capital of Culture in 2008 which solidified Liverpool’s position as a cultural powerhouse of Europe.

Today, Liverpool is a city that is ever changing, building upon the hard work done in 2008 to further expand and enhance its reputation at home and abroad. A city proud of its past (especially with regards to sport) but keen to welcome the future, here is our guide to the best of Liverpool.

One of the newest and most high profile hotels in the City, the Titanic Hotel offers luxury accommodation in an old warehouse on Liverpool’s historic Stanley Dock. Renovated at great expense, the Titanic has a range of different rooms, fitted with modern luxurious fittings that complement the exposed brick walls and original windows that look out across the Mersey. The Titanic hotel also has its own on site spa with underground heated swimming pool and is 5/10 minute drive from Liverpool City Centre.

A good majority of tourists visiting Liverpool come for one of two things; the Beatles and the football, and handily there are hotels devoted to each. The Hard Days night hotel is slap bang in the heart of the city centre next to the Liverpool One shopping complex and is a celebration of all things Fab Four, punctuated by statues of the four Beatles from their late 1960s guises positioned around the façade of the hotel on a balcony.

For fans of Liverpool FC, there is the Shankly Hotel on the other side of the city centre, near to the World Museum. Celebrating the life of the legendary Liverpool manager Bill Shankly, the Shankly Hotel is a four star establishment that offers guests a wide variety of rooms and experiences with extras including hot tub, Wi-Fi and parking. Non-football fans need not worry though, as the hotel is not a themed establishment as such, more modelled after the man himself and his vision of Liverpool as a ‘bastion of invincibility’.

Liverpool is famous for its signature dish of scouse, a basic meat and vegetable stew brought to the city by Scandinavian sailors in centuries past. Most pubs cafes and restaurants in town offer some variation of this classic dish, and it is perfect on a cold evening with a thick slice of bread. 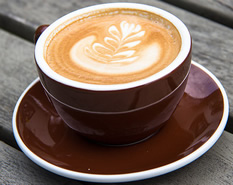 The bulk of Liverpool’s most popular restaurants and cafes can be found on Bold Street in the heart of town. Here you will find everything from burritos to chat bombs and everything in between. Pick of the bunch has to be Indian street food joint Mowgli, which also has a location in Liverpool’s financial district.

The brainchild of former barrister Nisha Katona, Mowgli is one of the success stories of the city, encouraging diners to order all manner of small plates (including the aforementioned chat bombs) and dig in and have fun.

Bold Street is also home to Nolita Cantina (home of gourmet burgers and premium sides) East Avenue Bakehouse, with Mexican streetfood establishment Lucha Libre nearby on Wood Street. Coffee lovers will want to make a trip to the top of Bold Street to visit the simply named Bold Street Coffee, arguably the best coffee house in the city where you’ll find a range of coffees from all over the world on offer as an eclectic range of vinyl records is played over the in house PA.

If you’re a fan of a tipple, then you will want to check out any of Liverpool’s historic pubs and alehouses including the Philharmonic Dining Halls, owner of the most famous toilets in the city (no, really). A regular haunt of John Lennon, who once quipped that the worst thing about fame was “not being able to have a pint in the Phil”, the Philharmonic is a grand Victorian pub in which the gents’ urinals are grade two listed as they are over 115 years old (women are allowed to have a look, but ask the staff first).

Known to the locals as the Phil, this characteristic pub offers all manner of ales and lagers, as well as food in its upstairs restaurant or downstairs dining room. The Phil is on Hope Street at the top end of the city centre, and is a 10 minute drive from the heart of town, but make sure there is a designated driver in your party if you are sampling the many ales on offer.

A city full of character with a very strong identity Liverpool is a city that loves fashion, although not every outfit choice you will see is a winner. The pedestrianised City Centre is awash with a number of shopping centres, chain stores and independents, while certain streets have their own particular vibe and unwritten rules.

Let’s start with the big one; Liverpool One. One of the key developments during Liverpool’s regeneration in in mid 2000s, Liverpool One is the largest outdoor mall in the UK and has cemented Liverpool as one of the top five shopping destinations in the UK. Anchored by department stores John Lewis and Debenhams, Liverpool One is also home to massive HMV, Waterstones and JD Sports retail stores, offerings from Apple, Urban Outfitters and Fred Perry as well as a host of dining and drink options and a 14 screen Odeon cinema.

Liverpool is known for its fierce independent spirit both politically and artistically, and this spirit also applies to its shopping. Bold Street in particular is a massive hub for all sorts of independent traders and establishments, such as radical community bookshop News from Nowhere, vintage clothing retailer Pop Boutique, home and design shop Utility and all manner of independent clothing, record and book stores, as well as chain stores such as Holland and Barrett, Size?, and Forbidden Planet.

For further rummages through a multitude of different independent vendors, then head a few roads down from Bold Street to Grand Central on Renshaw Street. A former Methodist church built in 1905, Grand Central is a 21st century indoor market surrounded by wonderful art nouveau architecture, with retailers selling everything from bespoke handmade jewellery and ‘alternative lifestyle’ clothing and accessories, to vintage records and hard to find video games. Grand Central is an 8 minute drive from Liverpool City Centre. 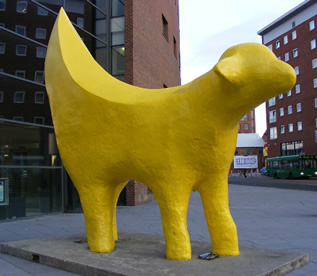 The former European Capital Culture and proud of it, Liverpool has a wonderful rich history which is keenly celebrated and built upon to this day. With so many places to visit please book your Easirent Car Hire Liverpool Airport well in advance so can be sure that we can deliver you the best vehicle for you requirements.

One of the biggest tourist draws though is the fact that although such a small city, Liverpool is home to two multi title winning Premier League football teams; Liverpool FC and Everton FC. Both teams are big names in the international game, with Liverpool FC one of the biggest names in world football. Demand for tickets is high, but both clubs offer match day packages for visiting fans but must be booked well in advance, such is their popularity in a city whose blood bleeds football.

If you can’t get tickets to a match, both football clubs offer stadium tours which are also very popular. Both teams are in very close proximity to each other, separated by Stanley Park in the heart of North Liverpool, and are easily accessible by car. Both Goodison Park (Everton) and Anfield (Liverpool) are a 10 minute drive from Liverpool, but plan accordingly as traffic is very dense on match days.

Beatles nuts have a number of hotspots to check out in Liverpool. First stop should be the infamous Cavern Club on Mathew Street, near to Liverpool One, where the Fab Four got their big break. There’s also the Jacaranda pub on Seel Street (off Bold Street) and the Beatles Story exhibit on Liverpool’s historic Albert Dock.

And for lovers of finer culture, there is the Walker Art Gallery, World Museum and Public Library all next to each other on William Brown Street – a 4 minute drive from the city centre, (so when booking your Easirent car hire Liverpool Airport ask our office for best directions). As well as the Tate art gallery on the Albert Dock which is a 10 minute drive from the city centre.