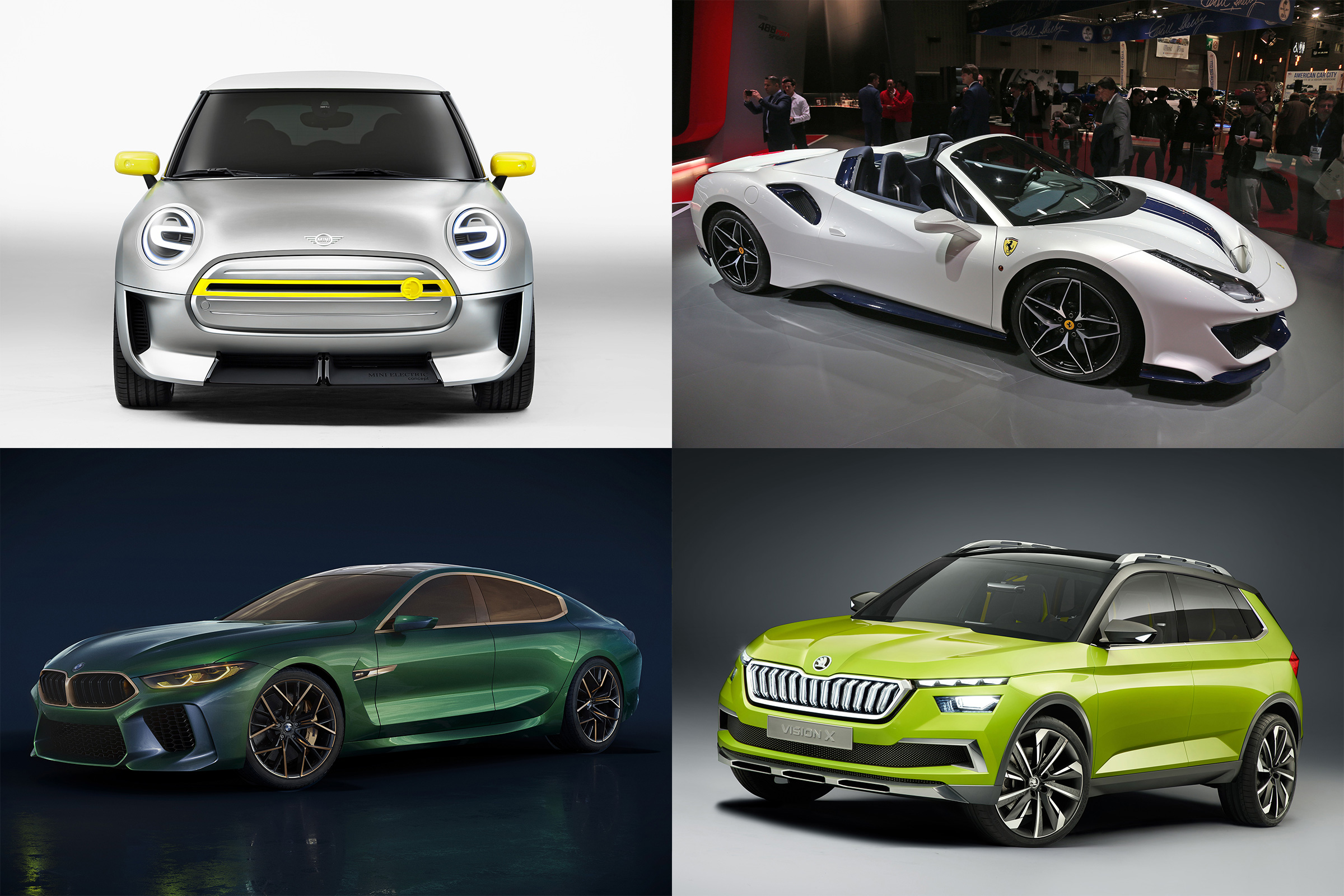 These are the best new cars set to arrive in 2019, featuring a particularly fine crop of EVs, hybrids, SUVs and sports cars…

If 2018 is the year of the SUV, the best new cars for 2019 will be all about electrification, as there are a host of new hybrid and full EV models in the pipeline.

All-new electric cars such as the Porsche Taycan, MINI EV and Mercedes EQC are leading the way as we head towards the end of the decade, and there will even be a hybrid version of the Ford Mustang to get excited about.

However, the popularity of SUVs shows no sign of waning and we’ll still see new 4x4s making an appearance on our list of the best new cars for 2019, including the new BMW X7, and the Mercedes GLA and GLB. 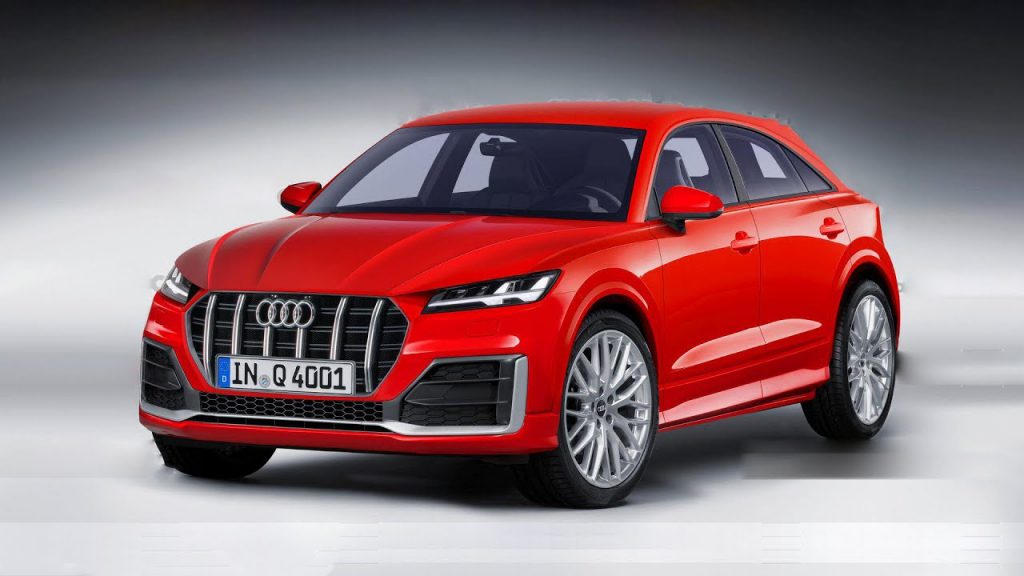 Price: From £33k (est)
On sale: Late 2019
Audi will continue to expand its Q range of SUVs with the addition of the Q4. Based on the Q3, the car is set to enter production in 2019 and it will aim to rival the BMW X4 and Mercedes GLC Coupé. The Q4 is likely to be a production version of the TT Offroad concept (above) seen at 2014’s Beijing Motor Show. Expect a range of engines including a 1.5-litre TSI, 2.0 TDI and 395bhp 2.5 five-cylinder RS Q4 turbo. There’s also the possibility of a plug-in hybrid, as the car will share all of the Q3’s mechanical running gear. 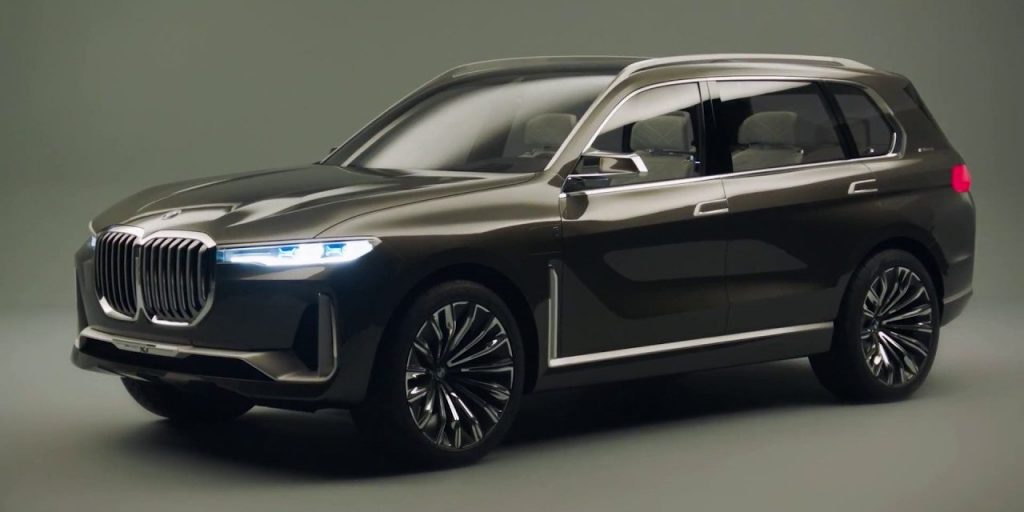 Price: From £72,155
On sale: 2019
At 5.1 metres long, the X7 is BMW’s largest SUV ever and will other seven-seaters like the Mercedes GLS and the Range Rover. Originally developed to take on the North American and Chinese markets, where SUVs of this size are common, it comes to Europe and Britain early next year. Three engines will be available from launch, but none is electrified. A plug-in hybrid is possible given the shared architecture with the smaller BMW X5, although BMW has no plans for such a version just yet. 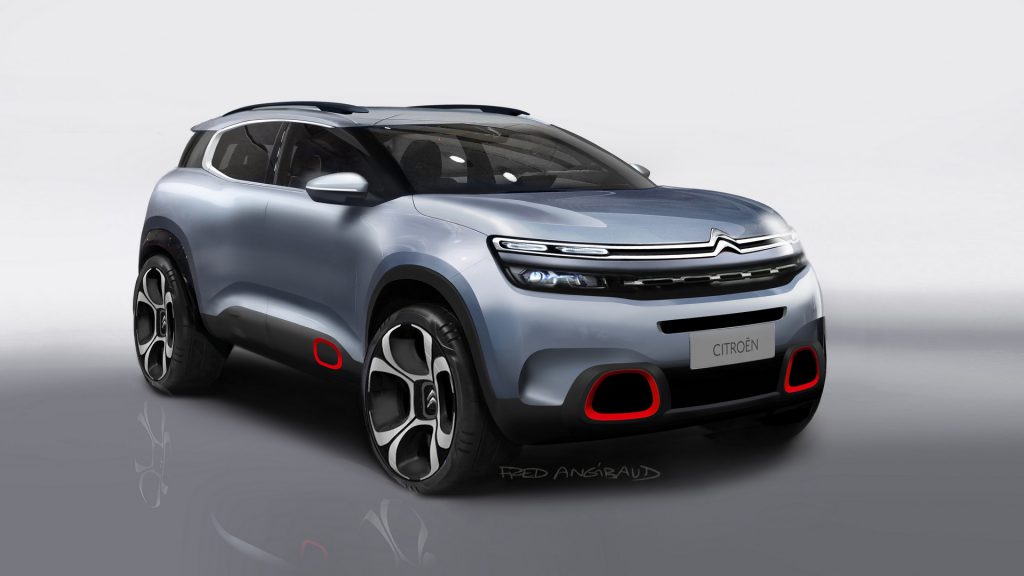 Price: From £23,000
On sale: January
Citroen’s flagship SUV is set to arrive early next year, and it will feature the manufacturer’s first-ever plug-in option. Already available in China, the C5 Aircross sits on the same EMP2 platform as the Peugeot 3008 and DS 7 Crossback. Citroen has emphasised ride comfort with this model, too, fitting it with hydraulic suspension and thick ‘Advanced Comfort Seats’. 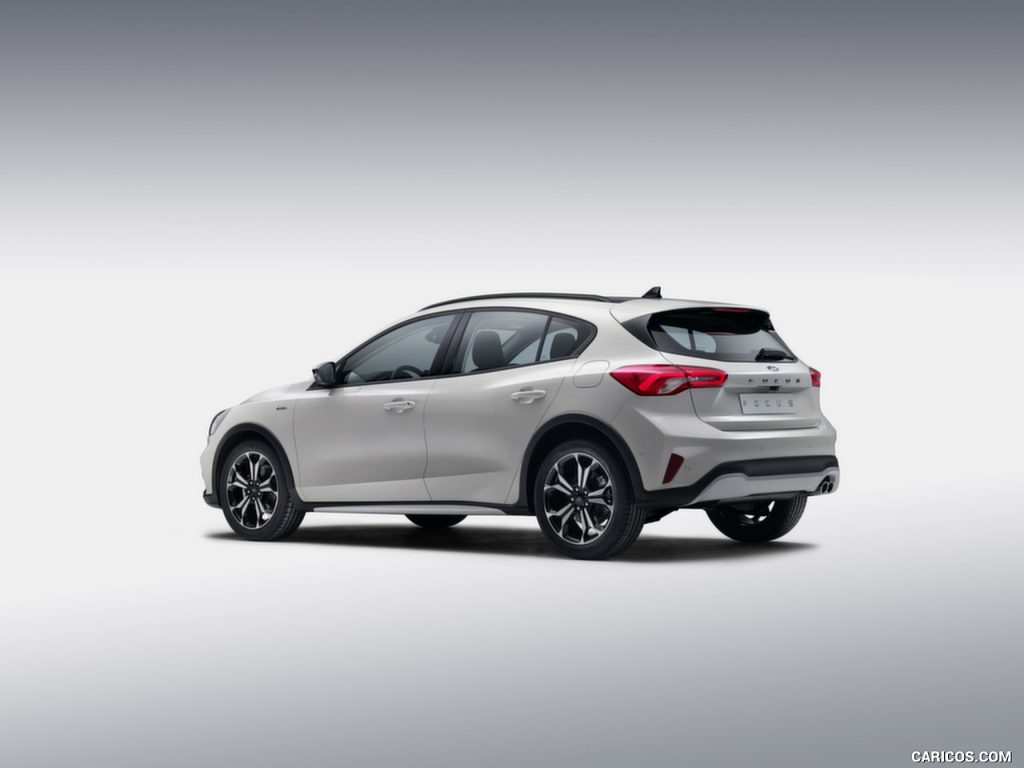 Price: From £24,000 (est)
On sale: January
The popularity of SUVs is having a noticeable effect on hatchbacks. Next year, Ford will introduce a new 4×4-inspired model in the shape of the Focus Active. It will also be joined by an estate version. Active models are already seen in the Ford Ka+ and Fiesta ranges. In the Focus, it means a 30mm taller ride height, but don’t expect go-anywhere ability, because the Active won’t have four-wheel drive. The hatchback’s styling has been toughened up, though, with bulkier plastic body bumpers, a unique grille insert and wheelarch extensions. Two petrol and two diesel motors are expected to feature in the Focus Active’s engine line-up.There will also be a raft of safety kit such as autonomous emergency braking, adaptive cruise control and collision avoidance technology. 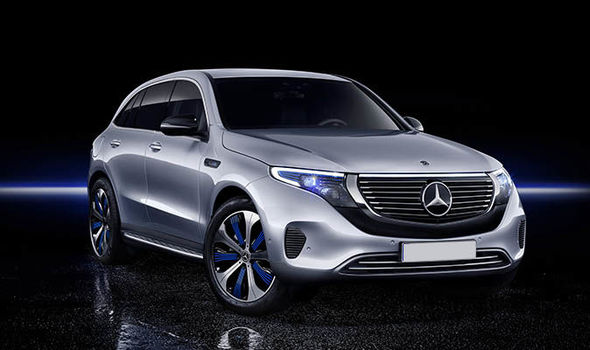 Price: From £70k (est)
On sale: Late 2019
Mercedes is another of the big brands to enter the premium electric SUV race. The EQC will go head to head with the Jaguar I-Pace and Tesla Model X, and will get an 80kWh battery pack, capable of 280 miles of range under the tough WLTP test cycle. Two electric motors, one on each axle, provide 402bhp and 765Nm of torque, with 0-62mph taking a claimed 5.1 seconds. The EQC offers rapid DC charging capability as standard, meaning it can be topped up from 10 to 80 per cent in 40 minutes. The car still has strong ties to the platform of the conventionally powered GLC SUV, but Mercedes is already working on a new architecture that will support at least 10 fully electric EQ models. 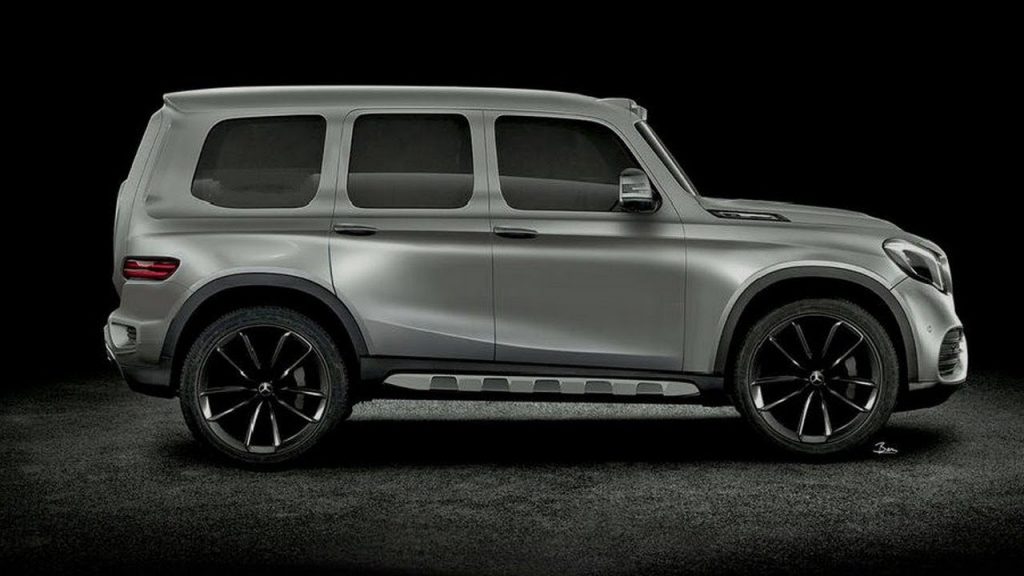 Price: From £28k (est)
On sale: Late 2019
Sitting between the GLA and GLC SUVs will be, you guessed it, an all-new GLB. Dubbed the baby G-Wagen, the new compact SUV will be offered with front or four-wheel drive and will be based on the new MFA2 architecture that underpins Mercedes’ latest A-Class. The GLB, seen in our spy shot, is likely to be powered by a 2.0-litre diesel linked to a nine-speed automatic gearbox. A top-of-the-range AMG GLB 45 is said to be on the cards later on, and the platform is also set up for a plug-in hybrid variant. 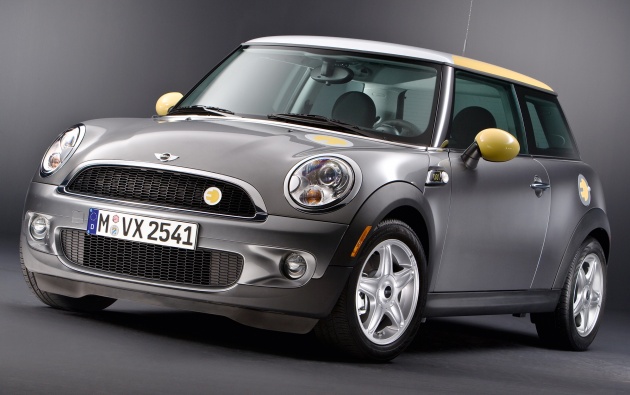 Price: From £25k (est)
On sale: Late 2019
An all-electric MINI hatch will join the plug-in hybrid Countryman SUV in the line-up next summer. The production model will be based heavily on the MINI EV concept displayed at the Frankfurt Motor Show in 2017. It will include that car’s funky aero effects, such as the little vane spoilers in front of the rear wheels, as well as the show model’s distinctive blanked-off radiator grille. Expect a range that’s a step beyond the 186 miles of the BMW i3, too, because new battery tech has been promised. The brand-new MINI EV is due to go into production at the manufacturer’s Oxford plant next summer, with the first customers scheduled to take delivery towards the end of next year. 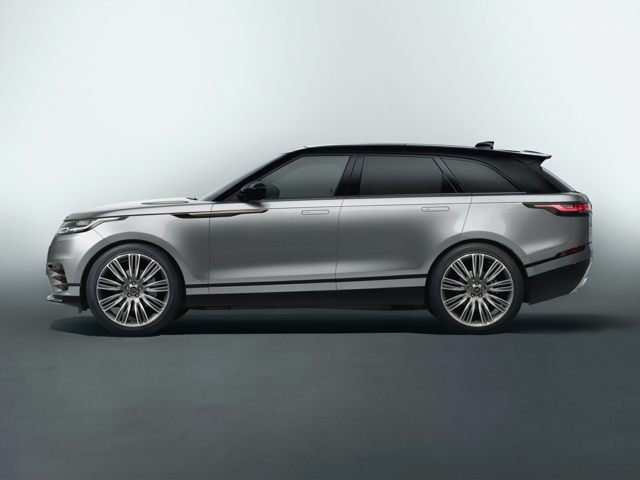 Price: From £80k (est)
On sale: Late 2019
Next in the pipeline from JLR’s Special Vehicle Operations (SVO) division will be a pumped-up Velar SVR. Caught on camera testing in the UK, the SUV will give Land Rover a more competitive rival for the Porsche Macan Turbo thanks to a 5.0-litre supercharged V8 engine churning out around 550bhp. Arch-filling alloy wheels, a quad-exhaust set-up and aggressive front and rear bumpers will mark it out. 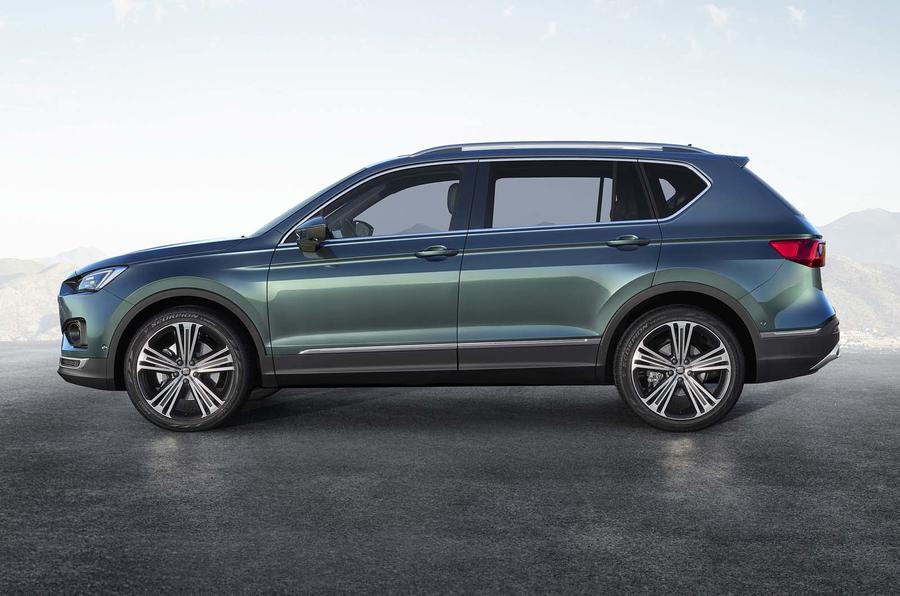 Price: From £27,000 (est)
On sale: January
The SEAT Tarraco is a boldly assertive new SUV from the Spanish brand, offering seven-seat practicality that takes on VW Group rivals such as the VW Tiguan and Skoda Kodiaq. Although it’s built on the same MQB platform, the Tarraco is 40mm longer than its group stablemates so it should feel a little roomier. The angular grille reflects SEAT’s latest styling direction, while LED lights all round give a premium feel. Inside, there’s a large, floating, tablet-style infotainment screen, plus luxurious wood trim finishes are available. Both petrol and diesel engines will be offered, from 148bhp to 187bhp – the latter with 4×4 and a DSG auto. SEAT will also add a plug-in hybrid model to the range. 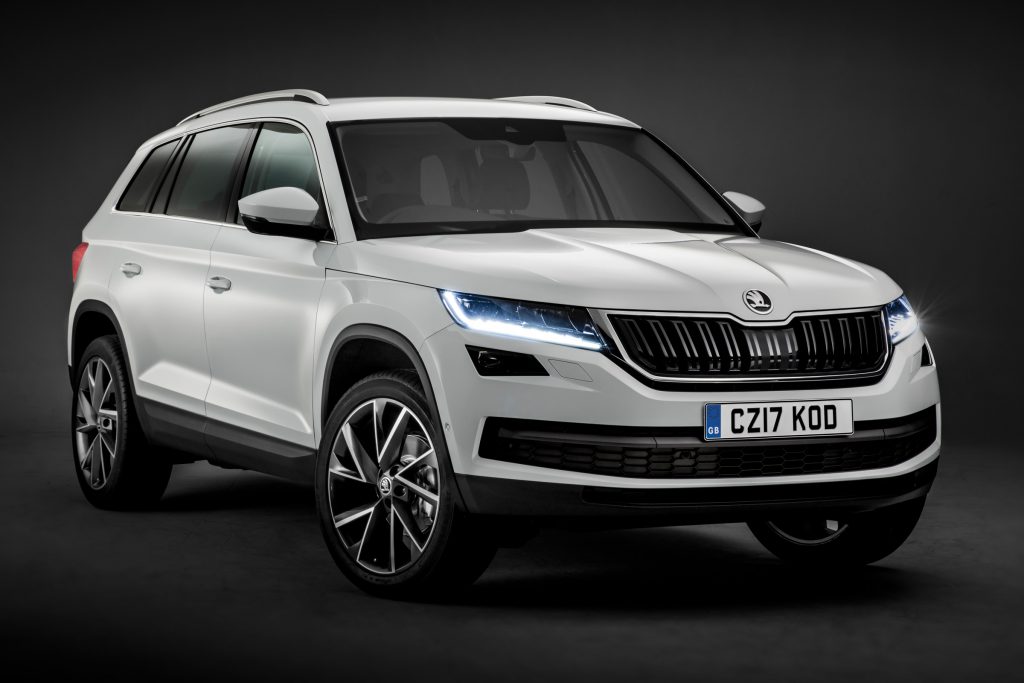 Price: From £40,000 (est)
On sale: Early 2019
There’s a record for the fastest seven-seat SUV around the Nürburgring, and the new Kodiaq vRS lays claim to it – a nine-minute, 29.84-second lap. That’s not bad for a diesel 4×4, which gets its muscle from a 2.0-litre bi-turbo engine producing 237bhp and 500Nm. It means the vRS is good for 0-62mph in 7.0 seconds and a 137mph top speed. With racy exterior styling plus an Alcantara and leather interior, the fastest seven-seat SUV at the ’Ring arrives in dealers next year.