Located in Shannon, County Clare, Shannon Airport is the third busiest airport in Ireland, and serves as one of the three primary airports in the country alongside Cork Airport and Dublin Airport. Servicing nearby cities including Limerick, Ennis, Galway and of course, Shannon, the airport welcomed over 1.75 million passengers through its doors in 2016, and continues to grow as new departure destinations are added.

One of the leading car hire operators at Shannon Airport is Easirent where we have a large selection of new cars ready for pick up. 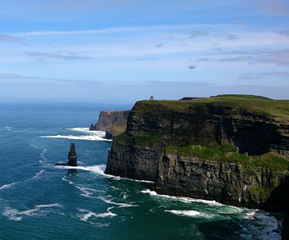 Today, Shannon Airport still plays an important role in Irish aviation, and is the home of Ireland’s longest runway, which comes in at around 10,500 ft, and was originally built as a landing strip for a space shuttle.

Though it is not Ireland’s premier airport, which can be found in Dublin, Shannon Airport still plays an important role in welcoming travellers to popular Irish tourist cities, such as Galway, which is does not have its own passenger or commercial airport.

There are plenty of places in Shannon Airport to while away a few hours whilst you’re waiting to catch your flight. Shannon Airport’s departure lounge has everything from cosy coffee shops, to bars, restaurants and comfortable breakout areas, so if your flight transfer takes a little longer than you expect, you won’t be at a loose end.

Situated within the airport terminal building, once you’ve passed through security, you’ll find two executive lounges, the Boru and the Burren lounges. Recently refurbished, the lounges are the best way to escape the hustle and bustle of the airport, and are comforting and relaxing. The lounges can be enjoyed by passengers from up to three hours before their flight is due to depart, and will cost €27.50 per passenger, on arrival.

Alternatively, spaces in the Boru and Burren executive lounges can be prebooked online prior to arrival at the airport, at the lesser price of €25.00 per passenger. Once inside the lounges, passengers will benefit from free Wi-Fi, complimentary food, drinks, snacks and newspapers, and each lounge is air conditioned.

During the summer season, which runs up to and including 16th October each year, the Boru executive lounge is open from 7:15am to 1:00pm, for passengers travelling to the US who have already cleared US pre-clearance. From 1:00pm until 7:00pm, the Boru executive lounge is open for all passengers departing Shannon Airport. During these hours, the entrance to the Boru lounge can be located en route to Gate 7, in the Transit Lounge. Exceptions to the above opening hours include Norwegian Airline passengers who are flying to the US – these passengers are able to use the airport lounge before they have been through US pre-clearance.

The Burren Lounge is the executive lounge at Shannon Airport which is available to all passengers travelling to non-US destinations, and can be accessed between 6:00am and 1:00pm each day. You can find the Burren Lounge located in the Transit Lounge, near to gates 1-6.

During the winter season (which runs from 17th October each year) passengers can use the Boru Lounge between 6:00am and 7:00pm daily, with exception of Saturdays when the lounge closes at 5:25pm.

For passengers who do not wish to book into one of the executive lounges, there are plenty of food and drink amenities, offering an extensive assortment of produce to enjoy.

The Atlantic Cafe can be found in the arrivals hall near to the passenger arrivals gate, and serves up delicious locally-sourced food, including a very popular full Irish breakfast, which is perfect for those catching early morning flights. 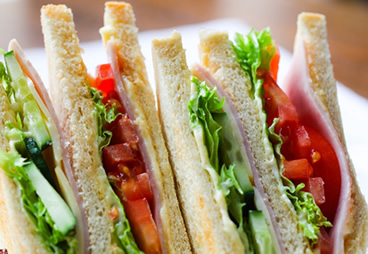 There are also sandwiches, snacks and hot meals on sale in the Atlantic Cafe, as well as an assortment of bottled beers and wines. Open daily from 6:00am until 10:00pm, the Atlantic Cafe is the perfect place to arrange an airport pick up, as it is located prior to security, therefore is open to the public.

If you’re looking for a place to eat once you’ve passed through airport security, the Zest Food Market is a good spot to choose, and is located in the main airport departure lounge. Sitting adjacent to the Sheridan Bar, the Zest Food Market is a fine little airport eatery which serves up hot meals, salads and sandwiches, all carefully prepared by the market’s onsite chefs, bakers and pastry chefs.

Passengers in search of the perfect pastry should definitely make a visit to the Zest Food Market a priority, as the chefs pride themselves on working overnight to create delicious fresh pastries, including croissants, danish pastries and cinnamon swirls. Stationed inside Shannon Airport’s new food court, the Zest Food Market also caters for guests who may not have chance to take a seat and relax with their food, by offering its Grab ‘n Go service.

If you’re a US bound passenger, the Gate 8 Cafe is the place to go to enjoy the finest and freshest food before you fly. The coffee on offer is made from hand roasted arabica beans, and there’s a selection of sandwiches and pastries to enjoy too.

Also inside the departures lounge, passengers can enjoy an Irish coffee in the Sheridan Pub, which is named after former Shannon Airport chef, Joe Sheridan – the man who invented the famous Irish drink, back in 1943.

Shoppers are well catered for in Shannon Airport, and the Duty Free shop which can be found in the departure terminal, was established in 1947 and is the oldest duty free shop in the world. Make sure to check out the wide range of designer perfumes and accessories as you make your way through the terminal. If you’re looking for some unique Irish souvenirs, the Shannon Irish Design Store can be found prior to airport security and sells everything from silverware, scarves, jewellery and exquisite ornaments. Shannon Airport is also home to a WH Smith, which is the perfect pitstop for last minute literature and snacks, before you board your flight.

Shannon Airport has many services and facilities which can be found dotted around the terminal building. Currency exchange services and ATMs are available throughout the airport; travellers looking to convert their cash before they catch their flight can find exchange booths in the check-in area, the customs hall and the departures lounge. Ask a member of the Shannon Airport staff if you’re having trouble locating your nearest facility.

A small prayer room is available in the main airport terminal, and there is also a Roman Catholic Mass held every Sunday at 8:45am.

Last minute letters and postcards can be send via the airport’s postal service, and a letter box can be found stationed adjacent to the WH Smith outlet in the departure hall. The airport is unable to post any parcels from inside the terminal, so if you’re looking to send something more sizeable, make sure that you send it prior to arriving at the airport.

Providing free Wi-Fi for guests across the entire airport, passengers can spend time surfing the web at no expense, before they take to the skies. If you’re looking for internet facilities, there is a computer station located by the Shannon Airport WH Smith branch, which is coin and card operated. Alternatively, if you have access to your own computer, guests are welcome to set themselves up here, and take advantage of the airport’s high speed internet.

The airport has a lost property station and a left luggage department, which also operates a key drop facility, allowing passengers to keep their car keys and house keys in a safe place until they are ready to collect them on their return. A small fee is charged for this service and it’s worth checking the prices online before you arrive at the airport.

Shannon Airport operates a smoke-free terminal, which means that smoking is strictly prohibited other than in designated spaces outside of the terminal building. It is also worth noting that electronic cigarettes and vaporisers are also not permitted inside the airport terminal, however they are allowed to be carried in hand luggage.