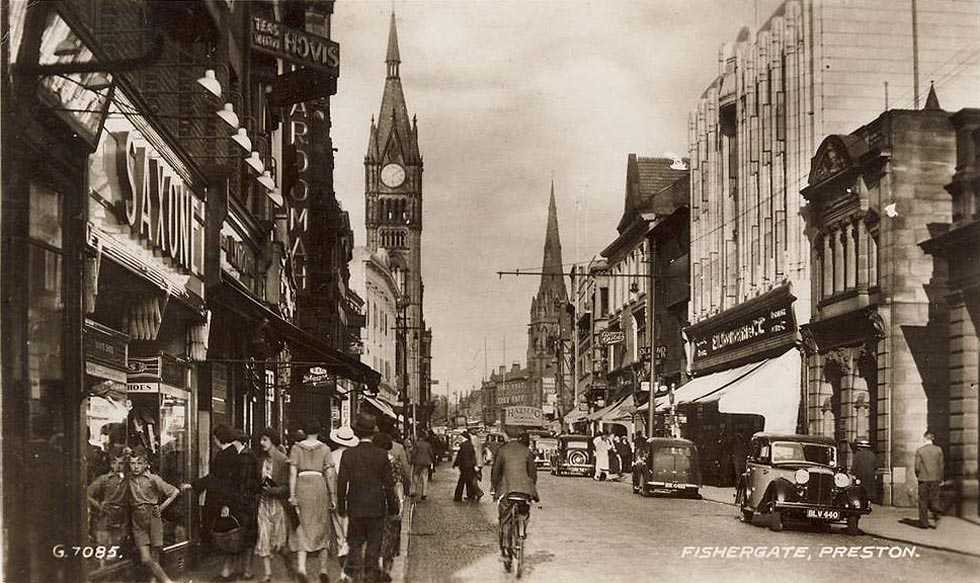 Ever wondered the history of our great town of Preston? Located on the north bank of the River Ribble, Preston is an unparished area that when combined with surrounding rural civil parishes forms the City of Preston local government district of Lancashire. Preston can be traced back as far as Roman times, and it was the Angles that actually established Preston. The name comes from Old English meaning “Priest settlement”, and in the Domesday Book appears as “Prestune”. When it was first mentioned in the 1086 Domesday Book, Preston was already the most important town in it’s area, and then in the 13th century when it was assessed for the purpose of taxation it was reported as the wealthiest settlement in the area.

The Lancashire city of Preston began life as a village, but it was the 19th Century that saw Preston transform from a small market town into a thriving industrial town with cotton mills, among other industry. By 1901 Preston had become an extremely busy industrial town, with a population of around 120,000. However, in 1918 at the end of the First World War the cotton industry collapsed, leaving mass unemployment in the area.

The interwar era saw new industries such as electrical goods manufacturing come to Preston, as well as the building industry doing very well due to thousands of new homes being built. Preston only had a few Luftwaffe air raids during the Second World War, but thankfully there were no fatalities. There was an air crash in 1944 however, in the Freckleton district, and this claimed the lives of 61 people.

Who not take a historic tour of the city in a luxury car when visiting? We offer packages for tourists, sightseers and history enthusiasts – just give us a call on 01772 886 888 or visit our page.